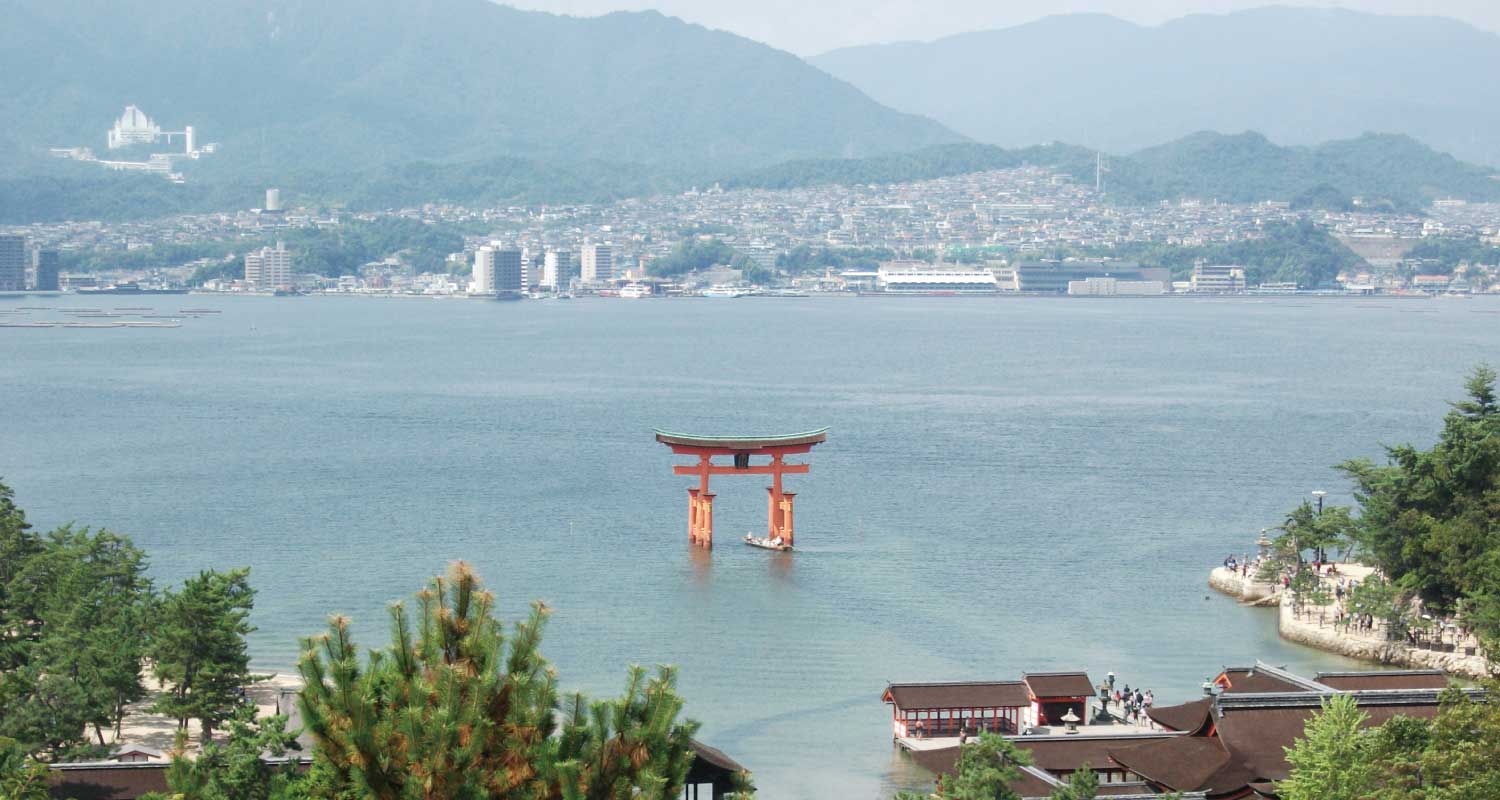 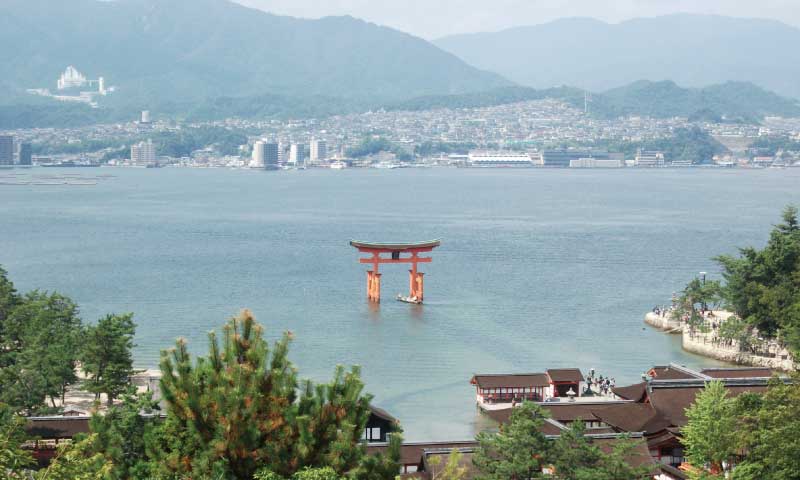 On this page, J-Hoppers Hiroshima Guest House, a hostel in Hiroshima city , explains how to access Miyajima from Hiroshima station.

To ferry terminal from Hiroshima sta.

Miyajima is an island, jima&shima stand for an island in Japanese ,so you will have to take a ferry. First, I will explain how to get to the ferry terminal from JR Hiroshima station.

There are two stations near the ferry terminal. Both names are Miyajimaguchi. One is JR and the other is Hiroden (shorten of Hiroshima Electric Railway) which runs trams (streetcars) in the city.

To JR Miyajimaguchi station, take the JR Sanyo Line (normally bound for Iwakuni) for 27 minutes and it costs 420 yen. If you choose get there by a tram, it takes more than double the time (however, the fare is as low as 250 yen).

To ferry terminal from the guest house

① With a JR Rail Pass 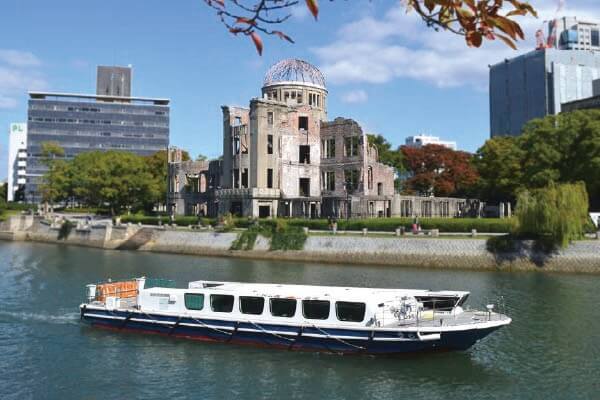 It takes about 3 minutes on foot from JR Miyajimaguchi station to the Miyajimaguchi Passenger Terminal. On the way to the passenger terminal, there are restaurants such as Miyajima's famous conger eel, okonomiyaki and souvenir shops.

The commercial facility etto next to the passenger terminal also has restaurants and cafes. 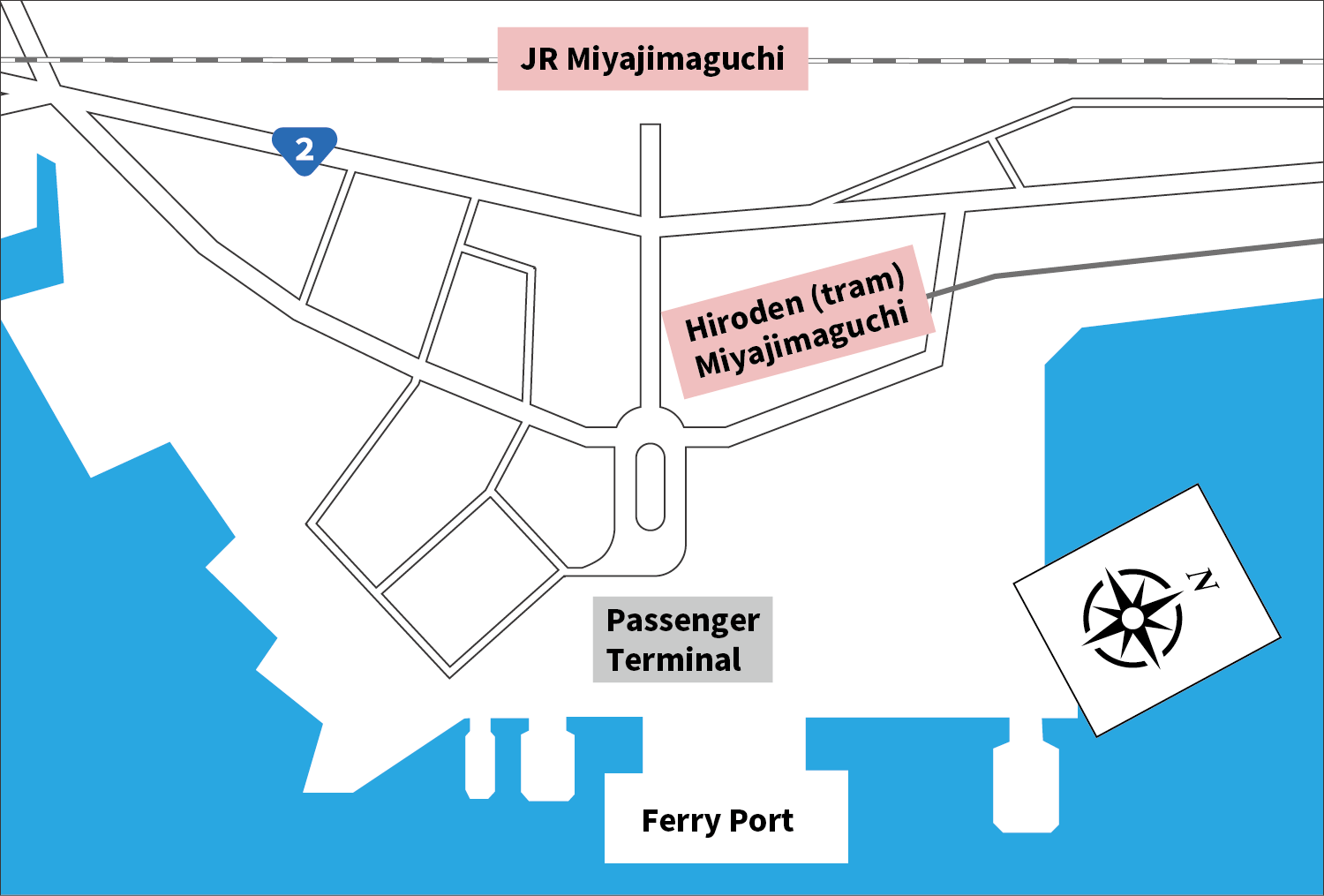 JR West Miyajima Ferry and Miyajima Matsudai Kisen run to Miyajima about every 15 minutes. It takes about 10 minutes to Miyajima. The Fare (one way) is 180 yen for adults, 90 yen for children.

Since ancient times, Miyajima has been regarded as one of the "Three Most Beautiful Spots" of Japan, and as a part of the Seto Inland Sea National Park. It has received several distinctions, such as a place of extraordinary scenic beauty, exceptional history, a scenic preservation area, and a natural monument.

You can get Miyajima Map and Mt. Misen Map on this page . All photos are provided by Hiroshima Prefecture.


How was it? Did you know how to get to Miyajima from Hiroshima Station and how to enjoy Miyajima? If you are thinking of sightseeing in Miyajima or Hiroshima, please stay with J-Hoppers Hiroshima Guest House.